Why this matters – the problem

The income security system was designed for the workforce of the past, where many people had long-term, well-paying jobs. Today, low-paying, part-time jobs of short duration are much more common. Many people have long-standing barriers to work and social inclusion due to:  intergenerational poverty, history of colonialism, mental health and addition issues.  More people turn to social assistance as a “first resort” despite the limitations of these programs.

Why this matters – the human toll

Essential needs are increasingly out of reach for many people. It’s harder for people to climb out of poverty. More people have disabilities, are facing barriers to employment, social inclusion and higher costs of living. Poverty and low-income are negatively impacting people’s health and well-being.  Systemic racism and discrimination are contributing to entrenched inequity.

Why is this report important?

This is the first report in 30 years that recommends major investments in and improvements to programs that affect the lives of people on low-income in Ontario. It reflects a fundamentally different approach to supports and services that puts people – and their needs and rights – at the centre of the system, with a recognition that social and economic inclusion, and not just getting a job, should be the goal.

It not only recommends increasing the amount, quality and kind of benefits and services that low-income people receive, but also is transforming the vision for the income security system, the principles behind the provision of programs and services, and changes the goals to a rights-based, equity approach and recognizes the realities of different groups who live in poverty and/or experience poverty.

The Roadmap recommends a new vision:

All individuals are treated with respect and dignity and are inspired and equipped to reach their full potential. People have equitable access to a comprehensive and accountable system of income and in-kind support that provides an adequate level of financial assistance and promotes economic and social inclusion, with particular attention to the needs and experience of Indigenous peoples (pg 69).

To achieve the new vision, the Report recommends changes in 5 key areas:

The Bruce Grey Poverty Task Force supports employment situations that are fair, secure, safe and provide employees with a Living Wage. These are minimum standards necessary in the elimination of poverty.  We have published a Labour Reform Infographic 2018 that summarizes the recent changes and what it means for us locally.  As changes made to Ontario’s Employment Standards and Labour Relations Act come into place, it is important to reflect how these changes will impact those affected by poverty locally.

30% of employed Ontarians in non-Metro Census Divisions are paid a low wage.  That is a large percentage of people locally who may be paid a low wage and then we have to consider that some of the changes also change precarious work practices.

What does this mean?

We have heard from people with low-incomes, as well as from service providers that work closely with marginalized populations that they are concerned about possible negative impacts. They are anticipating lay-offs, increases in ‘under the table’ hiring, and fewer jobs overall.  Some employers have already reduced hours, raised prices or eliminated other non-mandated perks previously offered to employees.

While those for, against, and ambivalent to these changes can all cite evidence that supports their perspective, the Poverty Task Force is of the view that these changes will be beneficial overall. We also believe it will be important to measure actual outcomes closely.  We shall continue to monitor the impacts locally and will always advocate with and for lower income, precarious workers.

The Income Security Action Group of the Bruce Grey Poverty Task Force encourages everyone to file a tax return. For modest and low income Canadians, filing a tax return helps increase the number of benefits they can collect and may result in an increase in their income. Many Canadians have no idea they would get money back, and they fear being told they have to pay the government for back taxes they cannot afford.  But this is not the case for most people on low income.

Here are three good reasons to file for 2017:

There are some incredible volunteers that provide free tax services to people on low income all across Grey-Bruce.   But we do have challenges with transportation to clinics; people knowing where and when free clinics are being held; and people who need support to prepare paperwork for filing.

The Canadian Revenue Agency supports programs that prepare taxes for low-income Canadians through its Community Volunteer Income Tax Program.  A list of clinic dates, times and locations can be found by calling 211 or check on line at 211 Information Bruce Grey or The HealthLine.

Do you offer a free clinic? Is your community without any services? Please contact us! 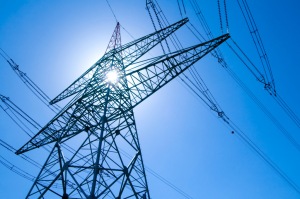 Denis Langlois of the Sun Times Owen Sound wrote the following article on Friday, October 27th regarding the release of the Long-Term Energy Plan.

The document reconfirms measures in Ontario’s Fair Hydro Plan – which reduced residential electricity bills by 25 per cent on average this summer – including the promise to hold any increases to the rate of inflation for four years.

“That’s really good. It means that families can budget, they’re not going to see big jumps,” Francesca Dobbyn, executive director of the United Way of Bruce Grey, said in an interview.

Dobbyn said she was invited by the Ministry of Energy to the launch of the Long-Term Energy Plan in Toronto because of the work the local United Way has done in the past to assist the province with its efforts to make electricity more affordable.

Dobbyn said one of the plan’s most significant new initiatives – which the United Way advocated for – is the one that will enable the Ontario Energy Board to both increase its oversight of sub-metering companies, which meter and send bills to residents in multi-residential buildings for the energy they consume, and bring in new consumer protection measures.

About 326,000 apartment and condominium units in Ontario use sub-meters, also known as suite meters, and Dobbyn said the new oversight will be especially beneficial to low-income residents that reside in those units.

“This is really important for us because we have suite meters in Owen Sound for sure, the 28th Street apartments for example, where tenants pay their own hydro bills. And the OEB right now only has control to the meter to the building, they don’t have any regulations about what happens inside the building. So we have companies that charge $25 a month if you haven’t paid off the previous bill in terms of a fee for carrying a balance, which is really hard on low-income people,” she said.

“They’re also not wrapped up in any moratorium on disconnections so they were disconnecting people in March of last year.”

As a result of the Fair Hydro Plan, the updated Long-Term Energy Plan says electricity prices are forecast to remain below the level projected in the previous energy blueprint from 2013.

For example, the province says, the previous plan forecast that typical residential monthly electricity bills would reach $200 in 2027, but the new plan projects the cost to be about $19 less.

The plan also says electricity rates will rise gradually, by an average of about five per cent annually from 2021 to 2027.

“The significance of that, again, is the predictability of it,” Dobbyn said.

The Long-Term Energy Plan includes several initiatives that the province says will assist with its commitment to avoid sharp increases in electricity costs.

They include a promise to maximize the use of Ontario’s existing energy assets and only securing new power when it’s needed.

Bruce Power says the plan reiterates the importance of its life-extension program, which will see the site near Tiverton provide “low-cost, carbon-free and reliable electricity” through 2064.

In a statement, Mike Rencheck, Bruce Power’s president and CEO, said it is important to have stable government policy in place so Bruce Power can make long-term investments to secure low-cost electricity for families and businesses.

“We are encouraged by the trust the government continues to have in Bruce Power to provide over 30 per cent of Ontario’s electricity at 30 per cent less than the average cost to generate residential power, while producing zero carbon emissions,” Rencheck said. “Our life-extension program, which began on Jan. 1, 2016, is on time and on budget, and continues to boost Ontario’s economy in every corner of the province.”

Bruce Power says the plan also recognizes the electricity company’s other attributes, including its production of medical isotopes.

Bruce Power says its investment programs and operations create and sustain 22,000 jobs directly and indirectly each year, while injecting $4 billion into the economy annually.

Ontario PC Leader Patrick Brown, in a statement about the Long-Term Energy Plan, said “despite Liberal spin,” electricity rates will continue to skyrocket to the highest they’ve ever been after next year’s provincial election.

He also mentioned a special report by Ontario’s auditor general, which said the provincial government created “an unnecessary, complex financing structure to keep the true financial impact of most of its 25 per cent electricity-rate reduction off the province’s books.” The report said the Fair Hydro Plan could cost Ontarians up to $4 billion more than necessary in interest costs over the next 30 years.

Brown said: “The Wynne Liberals are untrustworthy, especially when it comes to Ontarians’ electricity bills. Every single time they’ve played games with the electricity sector it has left families working harder, paying more, and getting less.

“The 2017 LTEP (Long-Term Energy Plan) does not show the real costs of their ‘unfair’ hydro scheme. It is nothing but a Wynne Liberal re-election campaign document that does nothing to calm the nerves of families worried about their future.”

Join us on Social Media